The future is now. Just in my last article we talked about how Stanford researchers are making people speak again, move limbs again, and even walk again, after injecting adult stem cells directly into the brain. In this article we’ll be talking about going to Mars From Doom to The Martian and Total Recall It’s been the stuff of science fiction for the longest time But now, going to the red planet is getting some serious thought by Elon Musk. So what exactly is going on?

Elon Musk just announced his plans to begin colonizing Mars. He proposes that he could have humans on Mars by 2024 and use the same tech to get people to travel anywhere around the world in under one hour This is all going to be done using a spacecraft codenamed the BFR [Big Falcon Rocket]. In a presentation at the International Astronautical Congress [IAC] in Adelaide, Australia, Musk outlined his plan. It’s not the first time that he’s talked about Mars. His first public interest in the red planet was expressed back in 2001, and last year he claimed that a million people could be on Mars by the 2060s.

This latest announcement was more of a fine-tuning of that plan. So here’s the rundown: The BFR will stand 100 metres tall, with 31 engines to lift a payload of more than 4,000 tons into space.[correction: 150 tons into LEO] Each of these engines will have multiple redundancies built in, in an attempt to bring the probability of failure towards zero. The BFR is slightly larger than a Saturn V rocket, which propelled astronauts to the moon during the Apollo missions. To give you an idea, it can carry a cargo payload with a living space that’s eight stories tall, and holds more volume than an Airbus A380’s passenger cabin. It also has a fin, so that it could be more easily controllable in any atmosphere that it comes across. The payload section, or the part that’s the interplanetary ship, will be 48 metres long and feature 40 cabins, each capable of carrying three people.

Despite this, Musk claims that the overall cost will be much cheaper than other launch vehicles currently available, because it can safely return to Earth and be reused. He gave the example of throwing away a $2 million Cessna light aircraft after every one-way trip instead of investing in a large passenger jet and footing the bill for a half-million dollar return trip — the point being that although the initial capital is higher, in the long run the jet will turn out to be much cheaper. “In one case you have to build an entire aircraft, in the other case you just have to refuel something, so “it’s, it’s really crazy that we build these sophisticated rockets and then crash them every time we fly This is mad!” Musk believes that he could send two BFR cargo ships to Mars by 2022, with the first two crewed crafts touching down just two years later. In the presentation he went on to talk about how the BFR could be used in other ways: For example, the same technology could fly people anywhere in the world in less than one hour, potentially revolutionising global transportation, with passengers paying essentially the same as they do now for a commercial airline ticket.

Another use for the BFR was to help build an outpost on the Moon “It’s 2017. I mean we should have a lunar base by now. What the hell’s going on?” Another brief suggestion was space services. This includes launching many satellites at once or just one large satellite with a surface area ten times that of the Hubble Space Telescope without a need for a complex unfolding procedure once released. This is possible due to the large cargo area. Taking the idea further, old satellites and space debris could be collected at much lower costs Construction of the BFR is set to start in 2018 and the machinery for building the engines has already been ordered and is on its way. The end goal is to have as many as a thousand ships in a holding pattern in orbit around Earth Then every 26 months or so when Earth and Mars are aligned the ships would unravel their solar panels and leave for Mars. The journey would last three to six months and human cargo and suppliers will be dropped off every trip. So a lot of people are doubtful as if this timeline is realistic or even possible.

Elon’s company, SpaceX, has been late on their promise for the Falcon heavy rocket by at least five years, but still some experts are hopeful. Bobby Braun, NASA’s former chief technologist states, quote: [speaking text in video] End quote. It’s not just building the rocket though. Landing humans on Mars will be one of the biggest technical undertakings of all time. That being said, the company has beaten the odds before, the main example being reusable rocket boosters. As for paying for the project, Musk’s plan is as follows: SpaceX will build a stockpile of their older Falcon 9 and Dragon capsules, and sell as many rides to space as possible for cargo missions.

The revenue from launching satellites and servicing the space station will go towards the BFR, which the company will now focus its attention on. As it stands right now, by human standards, Mars will kill you. It has unbreathable air and most of its water is within subsurface ice deposits. There’s certainly a lot of work ahead to make this a reality, but it seems like it just could be possible. A 2016 paper by NASA detailed exactly how to enable a Mars colony from their data received by the Mars rovers. According to NASA, quote: [speaking text in video] End quote. This all seems like a very long shot, but not so long ago, air travel was thought not to be possible. So I’m interested to know what you guys think,do you think this is going to be possible, or do you think unforeseen challengeswill cripple the project? For me personally, I think the BFR is a pretty good idea; a standardised rocket to carry out many space services. And I think at least that part of the plan will go ahead. So let’s close out this video with some images of the alien planet in HD glory, brought to us by NASA and the Mars rovers. This has been Dagogo, you’ve been watching ColdFusion, if you just stumbled across this channel feel free to subscribe Thanks for watching, and let’s see what the future holds. [outro music] “Cold fusion. It’s new thinking.” 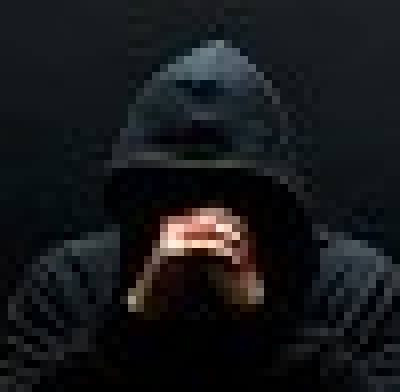